Joonya, an Australian-owned brand of non-toxic family essentials, announced the launch of its new range of eco nappies containing FSC® certified wood fluff in its core. Joonya is the first Australian-owned brand of nappy to have its own FSC® license, and is proud to be leading the movement towards sustainable consumption by families with young children. The FSC® or ‘Forest Stewardship Council’ certification is a non-profit organisation whose mission is to support responsible use of forests for future generations. A strict chain of custody scheme ensures the consumer receives genuinely certified materials, represented by the logo with a license number appearing on the product packaging.

Joonya launched as a brand of baby wipe just over 2 years ago and has gained a strong base of customers since, many of whom are subscribers receiving a regular box of 24 packs delivered direct to their doorstep. The wipes won gold and bronze medals in the 2017/18 Mother & Baby Awards for “Most Popular Baby Wipe – Fragrance Free”.

The team at Joonya has been working on adding a nappy to its offering ever since wipes were launched, with the two products complementing each other. Securing a European-based manufacturer with the right credentials to make an exceptional nappy took painstaking research, but co-founder Richard Sexton believes the wait has been worth it. “Our new nappy is not only the first Australian brand to be FSC® certified, but we are also utilizing a patented technology that gives amazing absorbency despite a much lighter, streamlined nappy than consumers are used to. Testing of the absorbency in both labs and on our own children leaves us very excited. We have also used a cotton enhanced blend for the outer lining, which increases the degradability of our nappy.”

Our nappies are free from perfumes, parabens, lotions, chlorine, dyes, heavy metals, latex & other toxic substances. We have made the commitment to ban any ingredient suspected of having a harmful impact on health.

Joonya’s online store at www.joonya.com is designed to provide parents with non-toxic, earth-friendly nappies and wipes, with other nontoxic products to be added in the future.

For further comments, please contact Richard Sexton on 0411 812 512 or richard@joonya.com 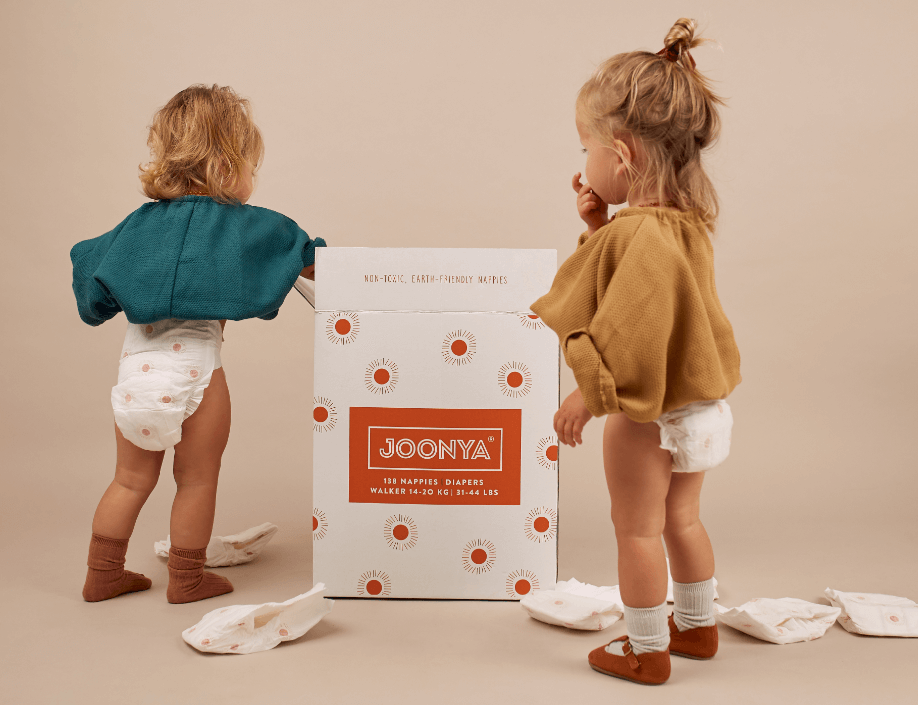